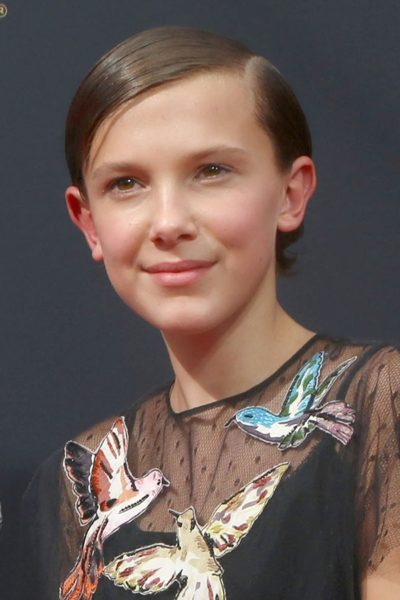 Brown in 2016, photo by kathclick/Bigstock.com

Millie Bobby Brown is an English actress and model. She is known for starring on the series Stranger Things, and in the films Godzilla: King of the Monsters and Enola Holmes.

She was born in Marbella, Málaga, Spain, to English parents, Kelly and Robert Brown, who moved back to Bournemouth, England, a few years later, and then to Orlando, Florida, U.S., c. 2012.

One of Millie’s grandmothers’ names was Ruth.