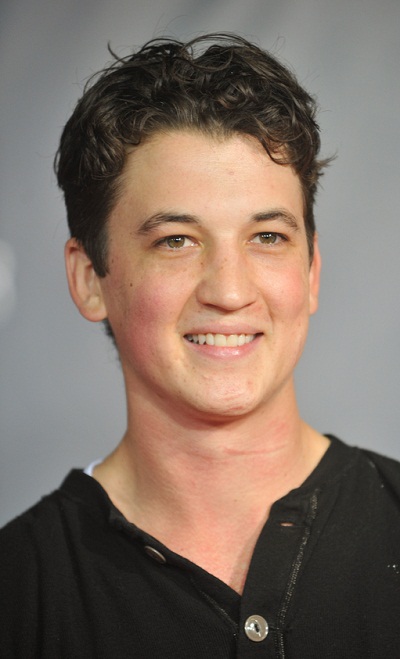 Miles Teller is an American actor and musician. His roles include the films Rabbit Hole, Footloose (2011), 21 & Over, The Spectacular Now, That Awkward Moment, Whiplash, War Dogs, Bleed for This, and Thank You for Your Service, among others.

Miles is the son of Merry and Michael Teller. Miles’s paternal grandfather was of Russian Jewish/Ukrainian Jewish descent, while Miles’s paternal grandmother was of half Irish and half Polish (Catholic) ancestry. Miles’s mother has English, Irish, German, and one eighth African-American, ancestry. It appears that Miles was raised Christian; he was part of a church group in high school.

Miles was raised in Pennsylvania, Delaware, and Citrus County, Florida.

Miles’s paternal grandmother was Dorothy Jean Benson (the daughter of John Benson and Catherine Stancavage). Dorothy was born in Pennsylvania, and was a devout Catholic. John’s parents, John A. Benson and Phoebe Galvin, were both the children of emigrants, from either England or Ireland, depending on the census; it is likely that John and Phoebe were of Irish Catholic background. Catherine’s parents, Dominic/Dominick T. Stankiewicz/Stancavage and Josephine Zubritski/Zabriski/Zubrycki, were of Polish (Catholic) descent.

Miles’s maternal grandfather is Jesse G. Flowers (the son of Wells Paul Flowers/Cronk and Miriam R. Ashenbrenner). Wells was the son of Wells Cronk and Margaret. Miriam was the daughter of Anthony Aschenbrenner, who was from Berlin, Germany, and of Elizabeth Mae Davies/Davis.

Miles’s maternal grandmother is Leona Gertrude (the daughter of James J. Dean and Eldora/ldora M. “Dora” LeCount). James likely had Irish heritage. Eldora’s father, Miles’s great-great-grandfather Thomas A. LaCount/LeCount, was born in Maryland, and was black; he was the son of William Le Count/LeCount and Sarah Coulson, both of whom were black as well. Eldora’s mother, Mary Sagairs/Sagers, was born in New Jersey, and was white. Mary was listed as Thomas’ servant on a U.S. Census.