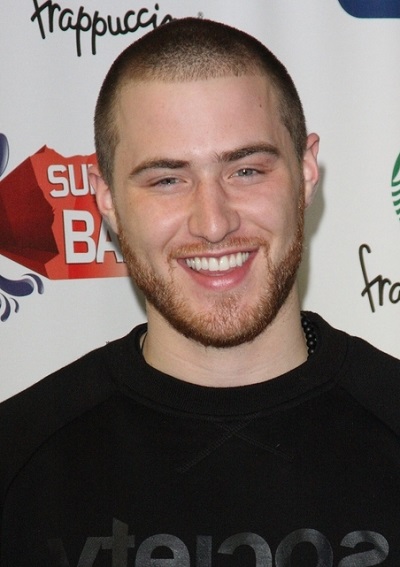 Posner in 2011, photo by Prphotos.com

Mike Posner is an American singer, songwriter, rapper, poet, and record producer. He was born in Detroit, and raised in Southfield, Michigan. His father is Jewish. His mother, who is Catholic, has French, English, German, Polish, and Irish ancestry.

Mike’s paternal grandfather was named Irving Posner (the son of Isadore Posner and Ida). Irving was born in New York, to a Polish Jewish father and a Russian Jewish mother.

Mike’s maternal grandfather was Roy Wilfred Henrion (the son of Robert F. Henrion and Florentine Patzer). Roy was born in Michigan. Robert was the son of Edward Henrion and Catherine Newton Northway, and had French and English ancestry. Mike’s great-grandmother Florentine was born in Prussia, Germany. Florentine’s father, Adolph Patzer, was born in Poland, to ethnic German parents, Johann Ludwig Patzer and Henriette Rode. Florentine’s mother, Marianne/Mary Marek, was born in Poland, and was the daughter of Robert Marek and Regina Symon; she was likely of ethnic Polish ancestry.