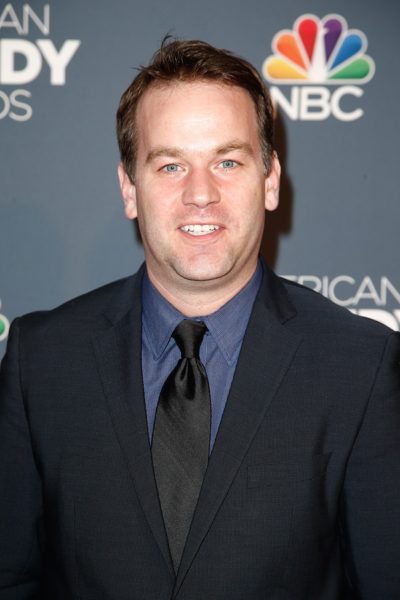 Birbiglia in 2014, photo by Debby Wong/Bigstock.com

Mike Birbiglia is an American stand-up comedian, actor, director, producer, and writer. He is the son of Mary and Vincent Birbiglia, a neurologist. He is of half Italian descent. Mike is married to writer J. Hope Stein, with whom he has a daughter.

Mike’s maternal grandfather was William Joseph McKenzie (the son of William Joseph McKenzie and Alice Elizabeth Snyder). Mike’s grandfather William was born in New York. Mike’s great-grandfather William was the son of Irish parents, Daniel F. McKenzie and Catherine Hart. Alice was the daughter of Cornelius Mallory Snyder, who was born in Catskill, New York, of English, German, and Dutch descent (his mother was said to be an English Quaker); and of Alicia Hogan, who was born in Nenagh, County Tipperary, Ireland.

Mike’s maternal grandmother was Catherine/Katherine Drury (the daughter of Michael Joseph Drury/Druny and Victoria Flanagan). Catherine was born in Ohio, and was of mostly or entirely Irish descent. Mike’s great-grandfather Michael was born in New York, the son of Thomas Druny, who was born in Ireland or Canada, and of Katherine Frawley, who was Canadian. Victoria was born in Canada, the daughter of Patrick Flanagan and Catharine McNamarra.

Source: Genealogy of Mike Birbiglia (focusing on his mother’s side) – http://www.genealogy.com