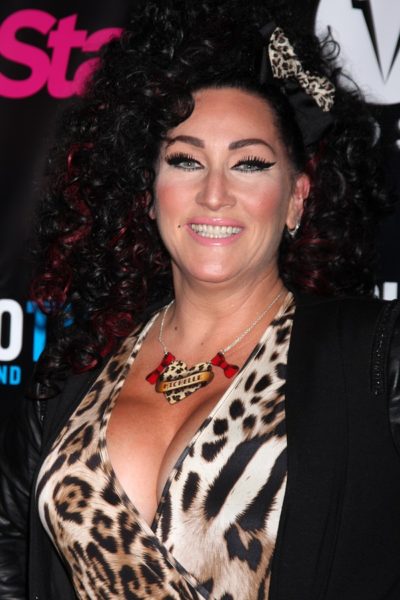 Visage in 2014, photo by kathclick/Bigstock.com

Michelle was adopted by Arlene Carol (Harnick) and Martin H. “Marty” Shupack, when she was three months old. She was raised in their Jewish faith.

Michelle’s biological parents are Joanne and Lewis “Wiss.” Joanne was of Hungarian and Irish descent.

Michelle is married to screenwriter David Allen Case, with whom she has two children.

Sources: Biography of Michelle Visage – The Diva Rules: Ditch the Drama, Find Your Strength, and Sparkle Your Way to the Top (2015), by Michelle Visage