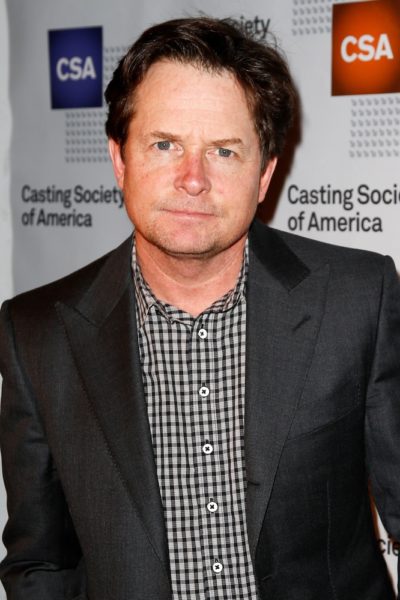 Michael J. Fox is a Canadian and American actor, writer, producer, and activist. His roles include Back to the Future, Teen Wolf, Light of Day, The Secret of My Success, Bright Lights, Big City, Casualties of War, The Hard Way, Doc Hollywood, Homeward Bound: The Incredible Journey, The American President, The Frighteners, Mars Attacks!, Stuart Little, and the series Family Ties and Spin City.

He is the son of Phyllis Evelyn and William Nelson Fox. Michael is married to actress Tracy Pollan, with whom he has four children. Tracy is Jewish, and their children were raised Jewish.

Michael has Parkinson’s disease. In 2000, he founded the Michael J. Fox Foundation, for Parkinson’s research.

Michael’s paternal grandfather was William Fox (the son of Andrew Fox and Esther Agnes Hellem/Hellam). William was born in Dalton-in-Furness, Barrow-in-Furness, Cumbria, England. Andrew was the son of John Fox and Ann. Esther was the daughter of William Hellam/Hellem and Agnes.

Michael’s paternal grandmother was Bertha Dolly/Dahlie Van Arsdalen/Vanarsdalen (the daughter of Clarence Nelson Vanarsdalen/Van Arsdalen and Sarah Edith Nixon). Bertha was born in Vegville, Alberta, Canada, to American parents. Clarence was born in Michigan, the son of Cornelius Van Arsdalen, who was of Dutch, English, and distant French, ancestry; and of Mary Emily Lape, whose parents were German. Sarah was born in South Dakota, the daughter of Northern Irish parents, from Antrim, Samuel David Nixon and Jane Elisabeth Tate, who was born in Belfast.

Michael’s maternal grandmother was Jane/Jenny Nelson Scott (the daughter of William John Scott and Jane Nelson). Michael’s grandmother Jane was born in Belfast (Down), County Down, Northern Ireland. William was the son of Robert Scott and Sarah Young.