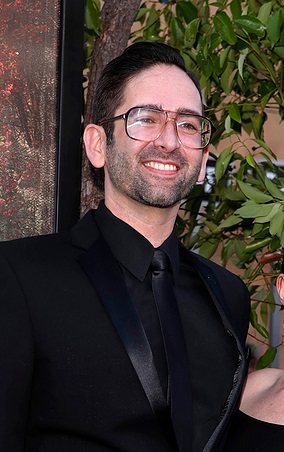 Chaves in 2019, photo by kathclick/Bigstock.com

Michael Chaves is an American film director, screenwriter, visual effects artist, editor, and executive producer. He has directed The Curse of La Llorona (2019) and The Conjuring: The Devil Made Me Do It (2021), and several short films.

He is married to Dina Buglione, with whom he has two children.

Michael’s paternal grandmother was Emily Augustino/Agostinho (the daughter of Manuel Agostinho and Anna “Annie” Chaves). Emily was born in Massachusetts, to Portuguese parents. Manuel was the son of John Agostinho and Mary Resendes. Anna was the daughter of José Chaves/de Chaves and Maria Pereira/Perry.