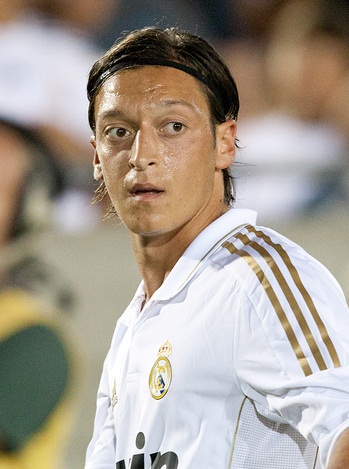 Özil in 2011, photo by Photo Works/Bigstock.com

Mesut Özil is a German football player. He has been described as a “third-generation immigrant.” His family is from Devrek, Zonguldak, Turkey. He has said, “My technique and feeling for the ball is the Turkish side to my game. The discipline, attitude and always-give-your-all is the German part.”

Mesut is married to Amine Gülşe, who was Miss Turkey 2014. Turkish President Recep Tayyip Erdoğan was a witness in their wedding ceremony.

Mesut has been described as having Kurdish ancestry. It is not clear if this is accurate.

He is a Muslim.