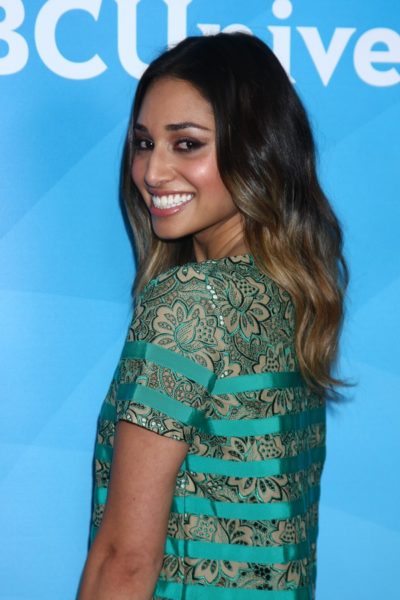 Rath in 2013, photo by kathclick/Bigstock.com

Meaghan Rath is a Canadian actress. Her brother is actor Jesse Rath. She is married to English actor Jack Cutmore-Scott, with whom she has one child.

Well, both my parents are Canadian. My dad’s family is from England and Austria, and they’re Jewish. And my mom’s family is from Goa, which is in the south of India. Her and her family moved to Canada when she was 13.

I looked different from everyone one else, which now is such a blessing. It was harder at the beginning of my career. There aren’t as many roles for people who look like me, and it was always complicated when it came to casting my parents. But now I couldn’t be more grateful that I have a different look.