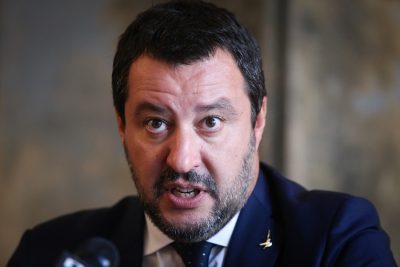 Salvini in 2018, photo by MoiraM/Bigstock.com

He is the son of Silvana and business executive Ettore Salvini.

Matteo is engaged to Francesca Verdini, whose father is politician Denis Verdini. He has a son with his former wife, journalist Fabrizia Ieluzzi; and a daughter with his former partner Giulia Martinelli.

He is said to have an Emilia-Romagnan grandmother.

Source: Genealogy of Matteo Salvini (focusing on his father’s side) – https://www.geni.com