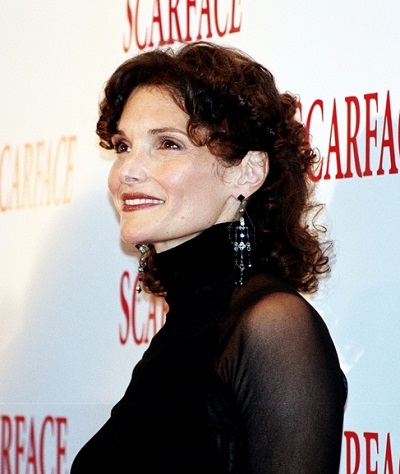 Mastrantonio in 2003, photo by Prphotos.com

Mary Elizabeth Mastrantonio is an American actress and singer. Her roles include Scarface, Robin Hood: Prince of Thieves, and The Perfect Storm, among others.

Mary Elizabeth is the daughter of Mary and Frank Mastrantonio, who operated a bronze foundry. She was raised in Oak Park. Her grandparents were all Italian. She is married to Irish director Pat O’Connor, with whom she has two children.