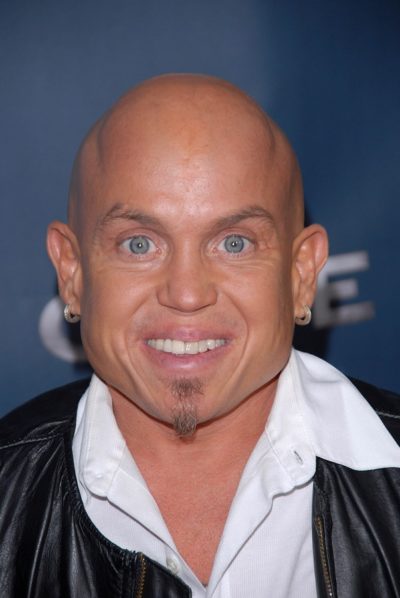 Klebba in 2011, photo by s_bukley/bigstockphoto.com

Martin Klebba is an American actor and stunt performer. His roles include the Pirates of the Caribbean franchise, Americano, Mirror Mirror, and Ted 2. He is a dwarf.

He is the son of Robin and Clemens Klebba. His surname Klebba is Polish. He is married to Michelle, and has two children. He was known as Marty the Midget as a radio personality in the 1990s.

Martin’s paternal grandfather was Martin Robert Klebba (the son of Julius Klebba and Frances/Francis Makowski/Perek). Martin was born in Michigan. Julius was the son of Joseph Klebba and Marcyanna/Mary Uller, who were born in Putzig, Westpreussen, Prussia, and likely had Polish and some German ancestry. Frances was the daughter of Polish parents, John Makowski/Washowski and Sophie/Sophia Kucharczyk/Kuchanczyk, who was born in Katowice, Śląskie.