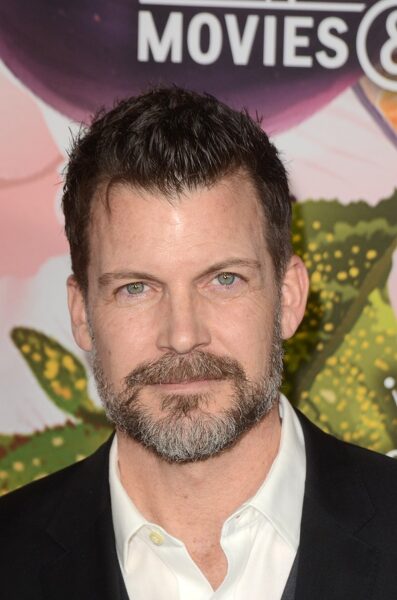 LOS ANGELES – JAN 13: Mark Deklin at the Hallmark Channel and Hallmark Movies and Mysteries Winter 2018 TCA Event at the Tournament House on January 13, 2018 in Pasadena, CA, photo by kathclick/Bigstock.com

Mark Deklin is an American actor and fight coordinator.

He is married to Jamie, with whom he has two children.

Mark’s maternal grandfather was Reginald Scott Gillespie (the son of James Gillespie and Ellen Catherine Scott). Reginald was born in North Tonawanda, New York. James was born in Canada, to parents from Ireland, James Gillespie, who himself was born County Roscommon, to Scottish parents; and Rebecca Brownlee, who was from County Cavan. Ellen was the daughter of William Scott, who was listed as being of Irish origin in Canadian censuses; and of Ann Cordelia Fowle, who was born in Calcutta, India, to English parents, her father from Berkshire.

Mark’s maternal grandmother was Hilda Victoria Peuchen (the daughter of Stanley Cooper Peuchen and Mary Harriet Bowden). Hilda was born in New York. Stanley was the son of Godfrey Emanuel Peuchen, a German emigrant, from Westphalia, and of Eliza Eleanor Clark, an English emigrant, from Hull, Yorkshire. Mary was the daughter of John Wilson Bowden, who was from Cornwall, England, and of Margaret Eliza Purdy, who was born in Canada, to Irish parents.