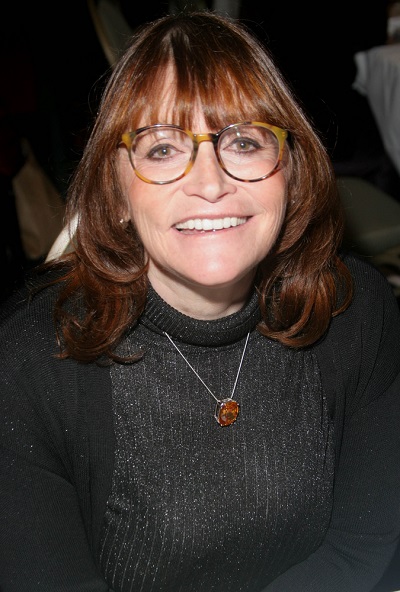 Kidder in 2008, photo by Prphotos.com

Margot Kidder was a Canadian and American actress and activist. Her roles include the Superman films, Sisters, Black Christmas, and The Amityville Horror.

Margot was the daughter of Jocelyn Mary “Jill” (Wilson), a history teacher, and Kendall Kidder, an explosives expert and engineer. She had a daughter with her former husband, American novelist Thomas McGuane. Margot’s brother, John Kidder, co-founded the Green Party of British Columbia. John is married to politician Elizabeth May, who is Leader of the Green Party of Canada.

Margot’s father was American, from Mogollon, Socorro, New Mexico. Margot’s mother was Canadian, from British Columbia. Through her father, she had deep roots in New England. Her father worked in remote locations, including her birthplace of Yellowknife. She was also raised in Labrador City, Newfoundland and Labrador, and Toronto, Ontario.

Margot’s patrilineal line can be traced to James Kidder, who was born, c. 1626, likely in East Grinstead, Sussex, England.

Margot’s maternal grandfather was John Owen Wilson (the son of Peter Edmond/Edmund/Edward Wilson and Christine Brown). John was born in Nelson, Central Kootenay, British Columbia. Peter was born in Bond Head, Bradford West Gwillimbury, Ontario, the son of Charles Wilson, who was born in Londonderry, Ulster, Northern Ireland, and of Rachel Doyle, whose own father was Irish. Margot’s great-grandmother Christine was born in Twickenham, England, the daughter of George Brown and Laura.

Genealogies of Margot Kidder (focusing on her father’s side) – http://worldconnect.rootsweb.ancestry.com
http://www.wikitree.com

Genealogy of Margot’s mother (focusing on her own father’s side) – http://worldconnect.rootsweb.ancestry.com