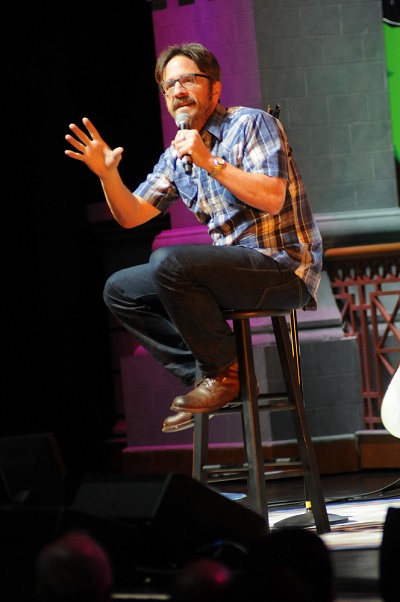 Marc Maron is an American stand-up comedian, podcaster, writer, and actor. He was raised in Conservative Judaism. He is of Russian Jewish and Polish Jewish descent.

He is the son of Toby and Barry Ralph Maron. His father, an orthopedic surgeon, joined the air force, and the family lived in Alaska, eventually settling in Albuquerque, New Mexico.

A 23andMe DNA test taken by Marc stated that his genetic ancestry is:

Marc’s paternal grandfather was Benjamin Maron (the son of Isidor Maron and Rebecca Raskin). Benjamin was born in New York.

Marc’s maternal grandmother was named Golda/Goldie Feuer (the daughter of Molly). Golda was an emigrant from Drohobycz, Poland. Drohobycz had been part of Galicia for centuries. It was a hub of oil production, and Marc’s great-great-grandfather worked in an oil factory. One of Golda’s grandmothers’ names was Perla.