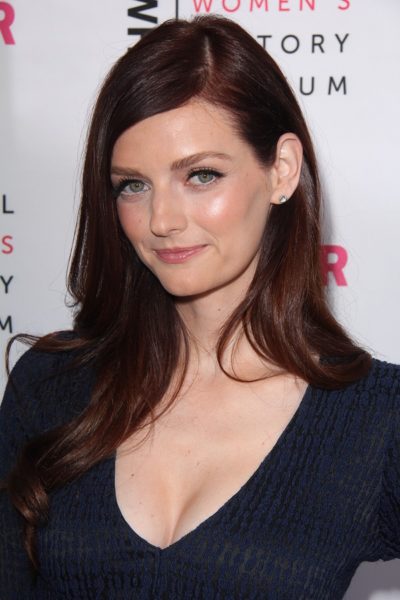 Hearst in 2015, photo by kathclick/Bigstock.com

Lydia Hearst is an American fashion model, actress, and lifestyle blogger. She is the daughter of Patty Hearst (Patricia Campbell Hearst) and Bernard Lee Shaw. She has a sister, Gillian. Lydia is married to comedian, actor, and host Chris Hardwick.

Lydia’s maternal grandfather was Randolph Apperson Hearst (the son of William Randolph Hearst and Millicent Veronica Willson). Rudolph was born in New York. William was a billionaire newspaper publisher and Democratic Party politician, who was a Member of the U.S. House of Representatives from New York, from March 4, 1903 to March 4, 1907. William was the son of George Hearst, a mining engineer, businessperson, and Democratic politician, who was a U.S. Senator from California, from March 23, 1886 to August 4, 1886, and again, from March 4, 1887 to February 28, 1891; and of Phoebe Elizabeth Apperson, a philanthropist, feminist, and suffragist. Millicent was the daughter of George H. Willson and Hannah Elizabeth Murray.

Genealogy of Lydia Hearst (focusing on her mother’s side) – https://www.geni.com