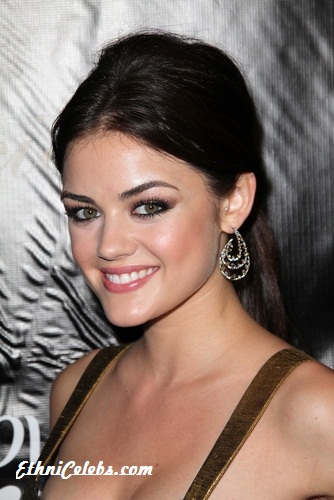 Hale in 2011, photo by s_bukley / Shutterstock.com

Lucy Hale, also credited as Lucy Kate Hale, is an American actress, singer, and television personality. She is known for playing Aria Montgomery on the series Pretty Little Liars, and for her roles in the films Truth or Dare, Dude, and Fantasy Island.

Lucy’s paternal grandfather was John Oliver Hale (the son of Oliver Preston Hale and Doris Francis Bryant). John was born in Tennessee. Oliver was the son of Horace Preston Hale and Alice Elizabeth Oliver. Doris was the daughter of John Bryant and Daisy/Daisie Black.

Lucy’s paternal grandmother was Mary Karen Hoback (the daughter of Frank Hoback, Jr. and Geraldine Elizabeth Morris). Mary was born in Tennessee. Frank was the son of Frank Hoback and Inez Glenn Boren.

Genealogy of Lucy’s maternal grandfather, The Rev. Donald Caperton (focusing on his father’s side) – http://www.genealogy.com