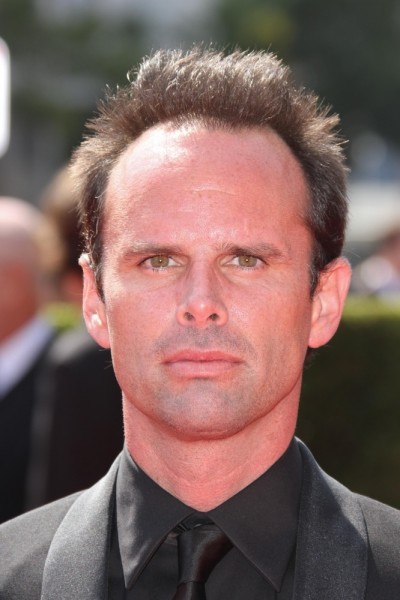 Goggins in 2011, photo by Prphotos

Ethnicity: English, some Scottish and French-Canadian, possibly other

Walton Goggins is an American actor. He has also been credited as Walt Goggins.

Walton is the son of Janet and Walton Sanders Goggins. He is married to filmmaker Nadia Conners, with whom he has a son. He was previously married to Canadian businessperson Leanne Kaun Goggins, until her death.

Walton’s paternal grandfather was Lawrence Walton/Weldon Goggins (the son of Bud Gober Goggins and Annie Mae Webb). Lawrence was born in Marietta, Georgia. Bud was the son of James S. Goggins and Isabelle Pace. Annie was the daughter of Sanders C. Webb and Matilda Caroline Coker.

Walton’s paternal grandmother was Ruth Catherine Jenia Evans (the daughter of Clarence Forbes Evans and Eva E. Socia). Ruth was born in Michigan. Clarence was the son of Edward Evans, who was born in England, and of Lucinda Burdette/Burdett. Eva was of French-Canadian descent, and was the daughter of William Joseph Socia and Ellen Helena/Helen “Ella” Allore/Allor.