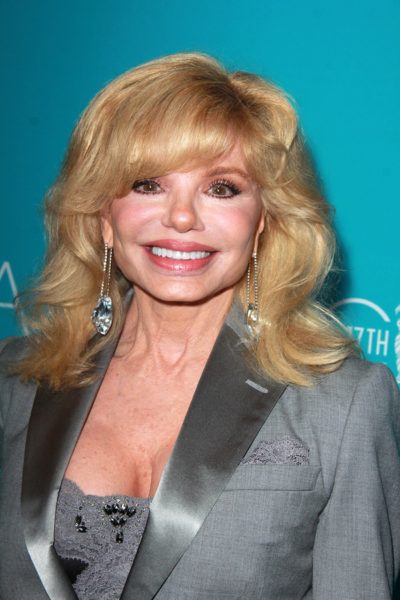 Anderson in 2015, photo by kathclick/Bigstock.com

Loni Kaye Anderson is an American actress. She is known for her role in the popular television comedy WKRP in Cincinnati.

Loni’s paternal grandfather was Carl John Anderson (the son of Peter Anderson and Susie Jensen). Carl was born in Minnesota. Peter was an emigrant from Västra Götaland County, Sweden, the son of Anders Anderson/Bengtsson and Katarina Eriksdotter. Susie was an emigrant from Norway, the daughter of Jens Olsen Jensen/Otternes and Marta Martha Veum.

Loni’s maternal grandmother was Helen/Hazel C. Carver (the daughter of Chancy Carver and Elizabeth Dorothy). Helen was born in Minnesota. Chancy was the son of Thomas Carver, an emigrant from Scotland, and of Elizabeth Jane Finley, who was of Scottish ancestry.