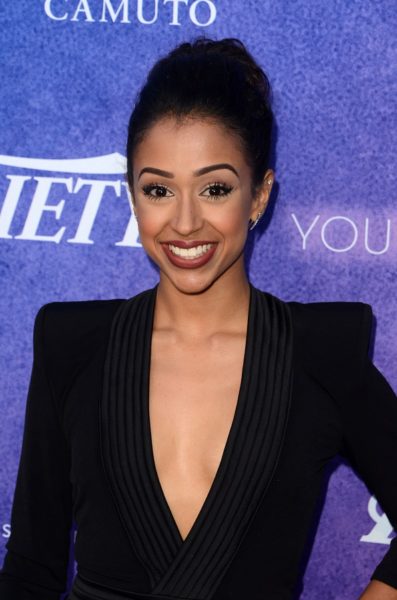 Koshy in 2016, photo by kathclick/Bigstock.com

Liza is the daughter of Jean and Jose Koshy. She has stated that her father is Indian, of Malayali descent, from Kerala, south India. Her mother is white. Liza’s parents are pictured here.

She co-starred in the film Work It. In the film Boo! A Madea Halloween (2016), Liza’s character, Aday Walker, was African-American.

I just took a DNA test, turns out, I’m 6% Jewish and I’m invoicing my mother for my Bat Mitzvah and 23 years of Hanukkahs.

Liza’s maternal grandfather was John Asa Hertzler (the son of Asa Miller Hertzler and Rebecca Susanna/Susan Shenk). Liza’s grandfather John had mostly Swiss-German and German, along with some English, ancestry, with roots in Rhineland-Palatinate and Baden-Württemberg, Germany; Bern and Zürich, Switzerland; and Northumberland, England. His family were mostly Pennsylvania Dutch (ethnic Germans in Pennsylvania). Liza’s great-grandfather Asa was the son of Joseph Kanagy Hertzler and Nancy J. Miller. Rebecca was the daughter of John M. Shenk and Frances Annie “Fannie”/Fanny Good.