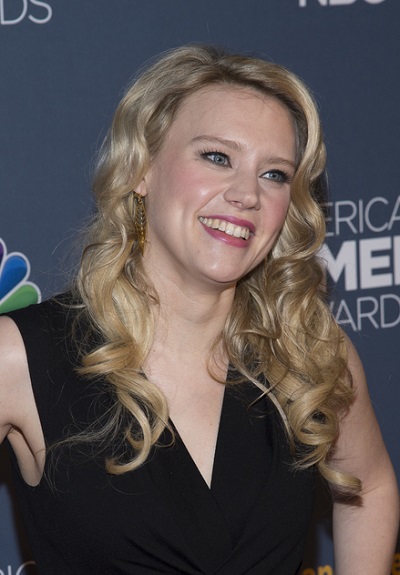 McKinnon in 2014, photo by Prphotos.com

Kate McKinnon is an American actress, comedian, and writer. She is a cast member on the show Saturday Night Live.

Kate is the daughter of Laura Campbell and Michael Berthold. Her sister is comedian Emily Lynne.

Kate’s paternal grandmother was Evelyn Frances Sickinger/Siekinger (the daughter of Joseph Sickinger and Julia Susslin). Evelyn was born in New York, to a father from Baden, Germany, and a mother who was Swiss, of Swiss-German descent. Joseph was the son of Reinhold Sickinger and Maria Schreok. Julia was the daughter of Matt/May Susslin and Eva Gaulglir.

Kate’s maternal grandfather was John Huggan Aiken Campbell (the son of Neil Black Campbell and Catherine McKinnon). John was born in Glasgow, Scotland. Neil was the son of Duncan Campbell and Janet Black.

Sources: Genealogy of Kate McKinnon (focusing on her father’s side) – https://www.geni.com