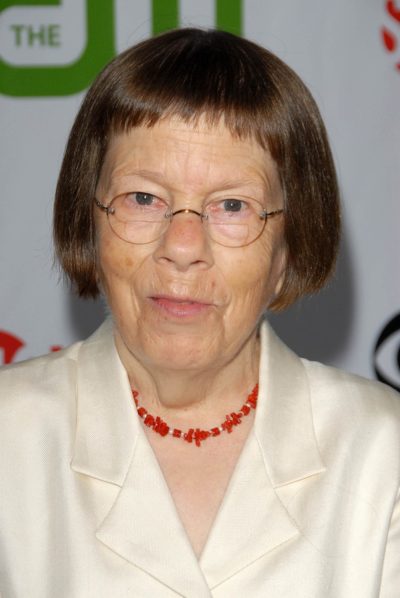 Hunt in 2009, photo by s_bukley/Bigstock.com

Linda Hunt is an American actress. She won the Academy Award for Best Supporting Actress for The Year of Living Dangerously, for 1983’s film year. She played Billy Kwan, a man of Chinese descent. Linda is the first person to win an Oscar for playing a character of the opposite sex.

Linda is the daughter of Elsie (Doying), a piano teacher, and Raymond Davy Hunt, who was vice president of Harper Fuel Oil. Linda is married to psychotherapist Karen Klein.

Linda’s maternal grandmother was Melissa/Malissa Almira Austin (the daughter of Edwin A. Austin and Susan Gordon). Melissa was born in Michigan. Edwin was the son of William Austin and Mary R., who was Canadian. Susan was the daughter of Canadian parents, Jacob Gordon and Martha.