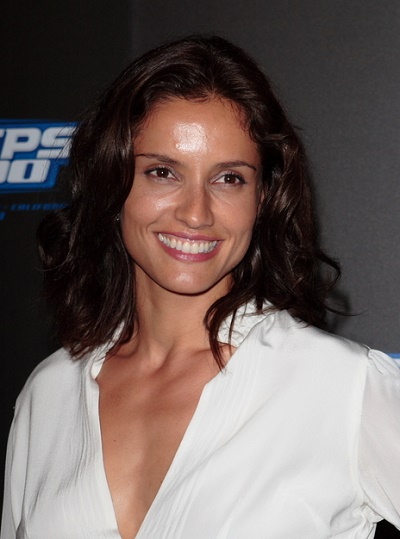 Leonor Varela is a Chilean actress and model. She is known for her roles in television’s Cleopatra (1999) and the films Blade II, The Tailor of Panama, Texas Rangers, Hell Ride, and Alpha (2018), among others.

Her father, Francisco Varela (Francisco Javier Varela Garcia), was a biologist, philosopher, and neuroscientist. Her mother, Leonor Palma/Pilme Keller, is a massage therapist. Leonor is married to producer Lucas Akoskin, with whom she has two children.

At least some of Leonor’s ancestry is Spanish, including from Galicia, Spain. Her maternal grandmother was from Romania, and was possibly Jewish.

Leonor is also said have French, Hungarian, Syrian, and/or German ancestry. It is not clear if this is accurate.

Her family left Chile during her childhood, escaping from the country’s military dictatorship. They lived in Costa Rica and Paris, France, for several years, before returning.

Leonor’s paternal grandfather was Raúl Andrés Varela-Rodríguez (the son of Luis Felipe Varela-Pinto and Julia Rodríguez-Rojas). Raúl was born in La Serena. Luis was the son of Andrés Varela-Cisternas and Natalia Pinto-Rodríguez. Julia was the daughter of Basilio Rodríguez and Eulalia Rojas.

Leonor’s maternal grandfather was named Daniel Palma Robledo. Daniel was born in north Chile, and was the Secretary General of the Chilean Communist Youth. He was kidnapped by the country’s military regime on August 4, 1976, and remains a missing person.