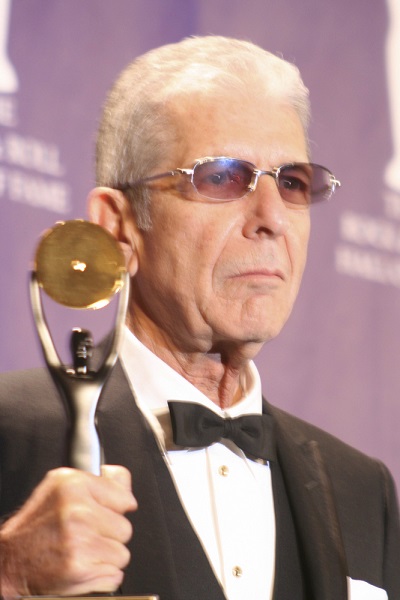 He was born in Westmount, an English-speaking area of Montréal, Québec, into a middle-class Jewish family. He was the son of Masha/Marsha (Klonitsky) and Nathan Bernard Cohen. His mother was born in Kaunas, Lithuania.

It appears that Leonard was a fourth cousin of Canadian actor William Shatner, through their shared Garmaise line.

Leonard’s paternal grandfather was Lyon Cohen (the son of Lazarus Cohen and Fraidie/Fanny Garmaise). Lyon was founding president of the Canadian Jewish Congress, and was born in Budwitcher, Poland. Lazarus was born in Verballen, the son of Chaim/Haim Cohen and Sara. Fraidie was the daughter of Beryl Garmaise, who was born in Vilkevishk, Lithuania, and of Rivke.

Leonard’s maternal grandfather was Rabbi Solomon Shlomo Zalman Klonitsky-Kline (the son of Yaakov Klonitsky and Hudie Klonizki). Rabbi Solomon was a Talmudic writer, who was born in Lithuania. Yaakov was the son of Zalman Arye Klonizki.