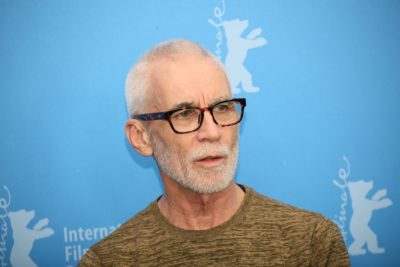 Tamahori in 2016, photo by Denis Makarenko/Bigstock.com

Lee Tamahori is a New Zealand filmmaker. He is known for directing the 1994 film Once Were Warriors and the 2002 James Bond film Die Another Day, among other films.

Lee is the son of Patricia and Philip Tamahori.

Lee’s paternal grandfather was Pineamine “Pine” Tamahori (the son of a father surnamed McLeod, and of Heni Kai Ngata). Pineamine was born in Karkariki, East Coast, New Zealand, and was an Anglican minister, of Ngāti Porou descent. His father was a Pakeha, white geologist. His mother was Māori. Pineamine changed his name from McLeod to Tamahori.

Lee’s maternal grandfather was Cyril Cecil Francis Thompson (the son of Francis Louis Thompson and Catherine Garland). Lee’s great-grandfather Francis was the son of Charles Abel Thompson and Sophia Matilda Lough, who were from Middlesex, England. Catherine was the daughter of Alex Garland and Ellen.

Lee’s maternal grandmother was Lulu Reta/Rita Margaret Prentice (the daughter of John William Archibald “Jack” Prentice and Ivy Alfreda Rose Smith). John was the son of John Prentice and Nora. Ivy was the daughter of William John Smith and Ellen Waterson, who had partial roots in Stratford, Essex, England.

Sources: Genealogy of Lee Tamahori (focusing on his father’s side) – https://www.geni.com