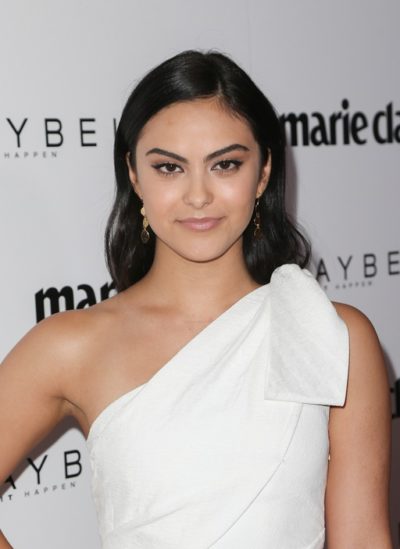 Camila Mendes is an American actress and singer. She stars as Veronica Lodge on Riverdale, and is also known for her roles in the films The Perfect Date, Dangerous Lies, Coyote Lake, and Palm Springs.

She is the daughter of Gisele (Carraro), a flight attendant, and Victor Mendes, a business executive. Her parents are Brazilian. Her father is from Brasília and her mother is from Porto Alegre, Rio Grande do Sul. Her father’s surname is usually Portuguese. Her maternal grandfather’s parents had surnames that are often/usually of Italian origin. Growing up, Camila lived in Orlando, Florida, for several years, as well as Atlanta, Virginia, and for a year in Brazil.

For me, being an ‘American Latina’ means identifying with and being influenced by both my American upbringing and my Latin heritage and I have so much appreciation for how those two cultures have created who I am.

Camila’s paternal grandmother was named Dalu. She is pictured here.