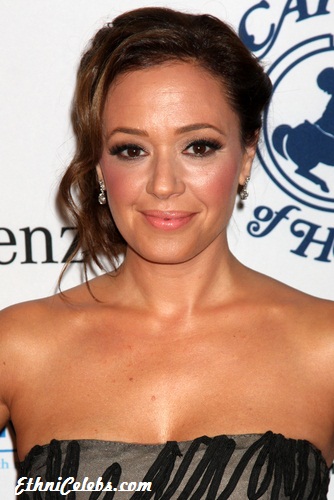 Leah Remini is an American actress, producer, author, comedian, and activist. She is known for her roles on the shows The King of Queens and Kevin Can Wait, and in the film Old School.

Leah is the daughter of Vicki (re-marriage surname Marshall) and George Remini. Her father’s background is Sicilian, and Catholic. Her mother is Jewish, of Austrian Jewish descent.

Leah is married to Puerto Rican actor Angelo Pagán, with whom she has a daughter.

Leah was baptized Catholic. She practiced Scientology, before leaving the group and becoming anti-Scientology activist. In 2015, she stated that she is exploring Catholicism.