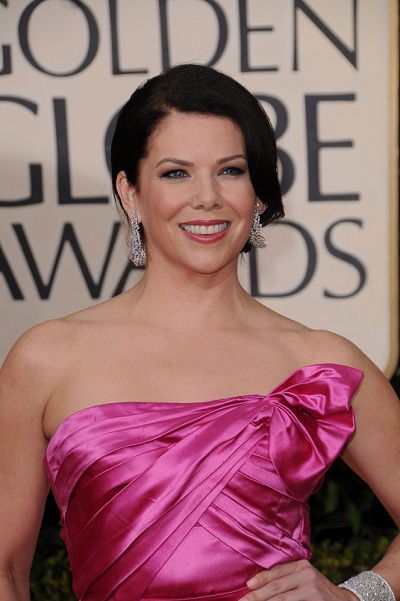 Lauren Graham is an American actress, author, and producer. She is known for starring as Lorelai Gilmore on Gilmore Girls, along with many other film and television roles.

Lauren is the daughter of Donna and Richard Graham, a candy industry lobbyist, who was president of the National Confectioners Association. Her father is from a Catholic family, of Irish descent, from Long Island, New York. Her mother is from a Baptist family, from North Carolina, South Carolina, and Georgia, and had English, as well as some Scottish, ancestry. Lauren’s maternal grandfather was a Baptist minister. Lauren’s mother was raised partly in Japan, where her own family did missionary work. Lauren later lived in Japan as well, as well as the Virginia suburbs of Washington, D.C., because of her father’s work, and Southampton, New York.

Lauren’s maternal grandfather was Worth Collins Grant (the son of Lonnie/Lon Leonadis Avery Grant and Nannie/Nancy Louvenia Jones). Worth was born in North Carolina. Lonnie was the son of David George Grant and Laura Denning. Nannie was the daughter of David Samuel Jones and Sarah Frances Stallings.