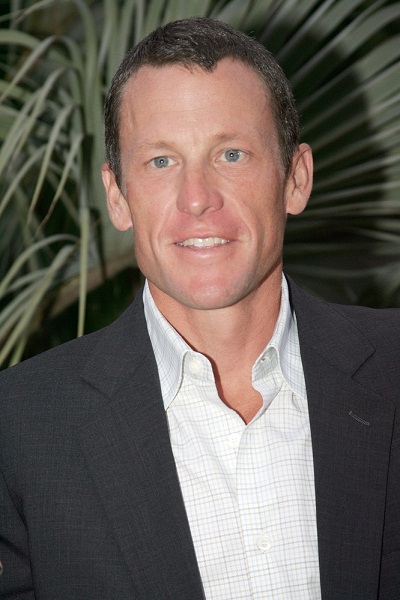 Lance Armstrong is an American road racing cyclist. He was born Lance Edward Gunderson, and took on his stepfather’s surname, Armstrong, after he adopted him in 1974.

Lance’s paternal grandparents are Edwin Moody Gunderson (the son of Carl/Charlie Johan/John Gunderson and Ruby Sinclair) and Willene Meadows. Carl was the son of Martin Andersen Hveem Vestre/Gunderson and Marie Elizabeth Pedersen/Pederson, who were were from Norway, with his father having been born in Hveem Vestre, Østre Toten, Oppland. Ruby was the daughter of Richard Darling Sinclair and Florence Dudley.

Lance’s maternal grandfather is Paul Mooneyham (the son of Jesse Robert Mooneyham and Hazel Nan Easterly). Jesse was the son of Thomas Carter Mooneyham and Mary Florence Griffin. Hazel was the daughter of John Monrow Easterly and Sudie Kathryn Swanson.