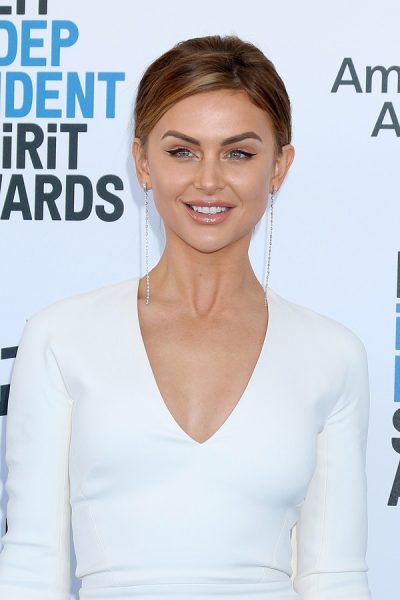 Kent in 2019, photo by kathclick/Bigstock.com

Lala Kent is an American actress and model.

Lala’s paternal grandfather was Rulon Blood Burningham (the son of Clyde Thomas Burningham and Donnetta Colemere Blood). Rulon was born in Utah. Clyde was the son of Arthur John Burningham and Sarah Ann Thurgood, who were the children of English parents. Donnetta was the daughter of William Blood, who was English, and of Sarah Jane Colemere, whose parents were English.

Lala’s paternal grandmother was Mary Lynn Fairbanks (the daughter of Lynn Reed Fairbanks and Katie Elizabeth Boam). Mary was born in Utah. Lala’s great-grandfather Lynn was the son of Franklin Fairbanks and Lois Arminnie Tanner, and had English, and some Dutch, ancestry. Katie was the daughter of William McGhie Boam, whose father was English and whose mother was Scottish; and of Mary Lovenia Moss, whose parents were English.