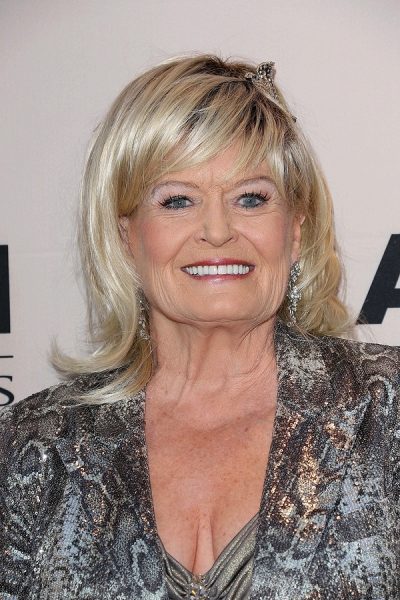 Anderson in 2012, photo by s_bukley/Bigstock.com

Lynn Anderson was an American country music singer and television personality. She is known for her song “Rose Garden.”

She was the daughter of Liz Anderson (born Elizabeth Jane Haaby), a country music singer and songwriter, and Clarence Selmer “Casey” Anderson. Her father was of one quarter Swedish and one quarter Norwegian ancestry, with the rest being a mix of English, Welsh, Dutch, German, Scottish, and French, with deep lines in the U.S. Her mother was of half Norwegian and half Swedish ancestry. Lynn was raised in Fair Oaks, and Sacramento, California.

Lynn’s paternal grandfather was Carl Frederick Martin Anderson (the son of Charles Edward Anderson and Anna Rhonas). Carl was born in North Dakota. Charles was Swedish, from Jönköping, with his father being Ander Clauson. Anna was born in Norway.

Lynn’s paternal grandmother was Grace Lavina/Louise Norton (the daughter of Henry Domie Norton and Nancy Ann Williams). Grace was born in Illinois. Henry was the son of Henry Norton, from Illinois, and of Nancy Caroline Phillips, from Michigan. Lynn’s great-grandmother Nancy was the daughter of Campbell Bogart Williams and Nancy Anna Debord, who were from Kentucky.