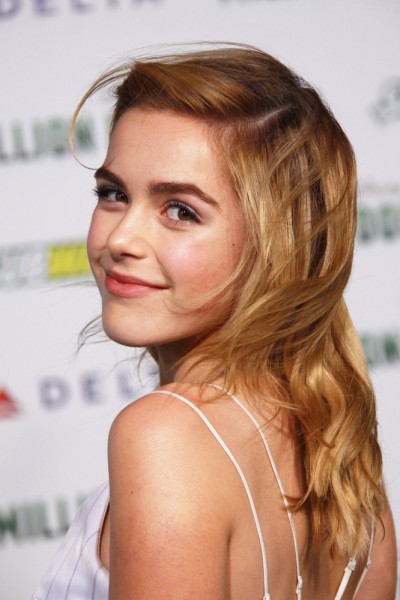 Shipka in 2014, photo by Prphotos.com

Kiernan Shipka is an American actress. She is known for playing Sallie Draper on the AMC series Mad Men and Sabrina on the show Chilling Adventures of Sabrina.