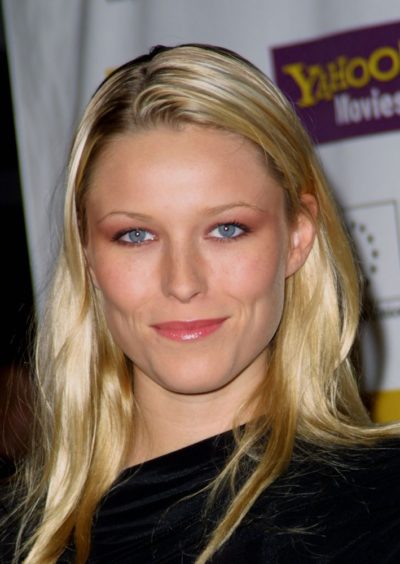 Chaplin in 2007, photo by Prphotos

Kiera Chaplin is a British and Swiss actress and model.

Kiera was born in Belfast, Northern Ireland, and grew up in Corsier-sur-Vevey, Switzerland. She is the daughter of Bernadette (McCready) and actor Eugene Chaplin (born in Eugene Anthony Chaplin). Her father has English, Irish, and 1/16th Scottish, ancestry. Her mother is presumably Northern Irish.

Among her first cousins are actresses Dolores Chaplin, Carmen Chaplin, and Oona Chaplin, circus performer and actor James Thiérrée, and actor and rapper Orson Chaplin. She is the niece of actors Geraldine Chaplin and Sydney Chaplin.

Kiera’s paternal grandfather was actor Charlie Chaplin (born Charles Spencer Chaplin, the son of Charles Chaplin and Hannah Harriet Pedlingham Hill, who were entertainers). Charlie was born in England. His documented ancestry was English and some Irish. Kiera’s great-grandfather Charles was the son of Spencer Chaplin and Ellen Elizabeth Smith. Hannah was the daughter of Charles Frederick Hill and Mary Ann Terry.

Kiera’s paternal grandmother was Oona O’Neill, an actress (the daughter of playwright Eugene O’Neill [Eugene Gladstone O’Neill] and writer Agnes Boulton). Oona was born in Warwick Parish, Bermuda. Eugene was born in New York City, New York, the son of actor James O’Neill, who was born in Kilkenny, Ireland, and of Ella O’Neill (born Mary Ellen Quinlan), who was born in New Haven, Connecticut, to Irish parents, Thomas Joseph Quinlan and Bridget Lundigan. Kiera’s great-grandmother Agnes was born in Chelsea, London, England, the daughter of Edward William Boulton, an artist, who was American, of English and Scottish descent, and of Cecil/Cecille Maud/Maude Williams.

Sources: Genealogies of Kiera Chaplin (focusing on her father’s side) – https://www.geni.com
http://www.wikitree.com