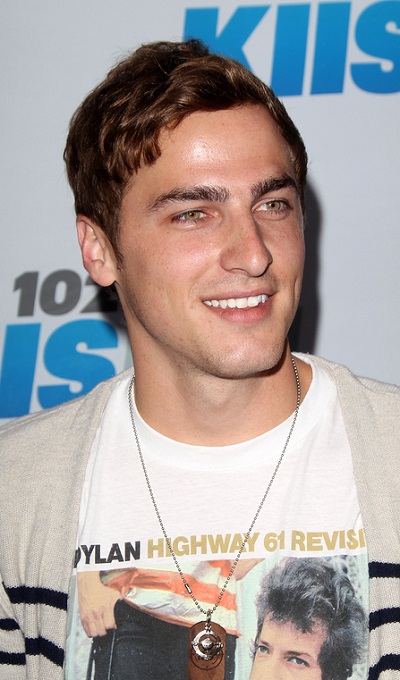 Schmidt in 2012, photo by kathclick/Bigstock.com

Kendall Schmidt is an American singer, songwriter, music producer, and actor. He is a member of the band Big Time Rush, and starred in the television series of the same name. The other members of the band are Logan Henderson, James Maslow, and Carlos PenaVega.

He has two brothers, Kenneth and Kevin Schmidt (or Kevin G. Schmidt), who are actors.

Kendall’s paternal great-great-great-grandparents, Jacob Schmidt and Anna Maria Margaretha Matz, were ethnic Germans from Katharinenstadt, Russia. They moved to the United States in June 1876, and became prominent in the German-American community in Hays, Kansas.