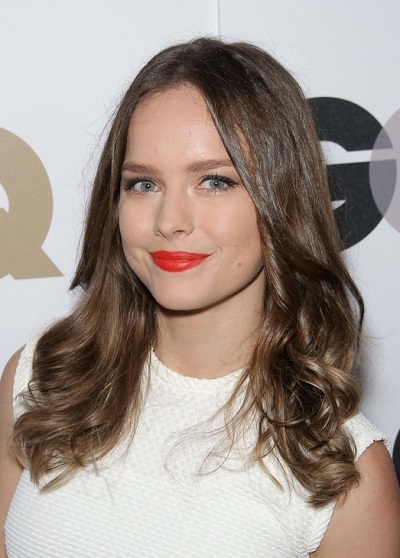 Allison Miller is an American actress. She was born in Rome, Italy, to American parents. Her father, John Winn Miller, was the publisher of The Olympian newspaper in Olympia, Washington. Allison was raised in Lexington, Kentucky.

Allison’s paternal grandmother was Patricia Griffin (the daughter of Gerald Griffin and Flora Lee Winfrey). Patricia was born in Kentucky. Gerald was the son of an Irish father, Thomas Robin Griffin, and of an American mother, Nancy E. Shillings/Schilling/Shilling. Flora was the daughter of Charles Lewis Winfrey and Lula Phelps.

Allison’s maternal grandfather was Robert Lee Coleman (the son of Bernard Albert Coleman and Mabelle/Mabel Grace Bledsoe). Robert was born in Missouri. Bernard was the son of Ernest Albert Coleman and Frances Ehrhart. Mabelle was the daughter of William Bluford Bledsoe and Susie Ann Stockdale.

Allison’s maternal grandmother is Mary Agnes Dorzweiler (the daughter of Melchior James Dorzweiler and Mathilda E. Dreiling). Mary was born in Kansas. Melchior was the son of Balthazar Dorzweiler and Maria Catherine Meier, who were ethnic Germans from Katherinenstadt, Russia. Mathilda was the daughter of Balthasar Michael Dreiling and Gertrude Linenberger, who were ethnic Germans from Herzog, Russia.

Sources: Genealogy of Allison Miller (focusing on her father’s side) – https://www.geni.com