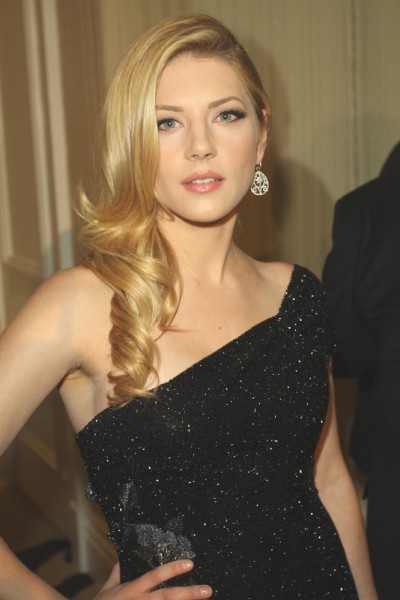 Winnick in 2012, photo by Prphotos

Katheryn Winnick is a Canadian actress.

Her parents, Lesya and Roman, were born in Germany, where their ethnic Ukrainian families left to escape the Soviet government. When they were children, they moved to Canada. Her father’s parents were from Boryslav and Staryi Sambir, respectively. Her mother’s family was from Galicia, with her grandfather born in Ternopil Oblast and her grandmother from Lviv.

Her mother is Vice-President of the Ukrainian Canadian Congress. Her first language is Ukrainian.