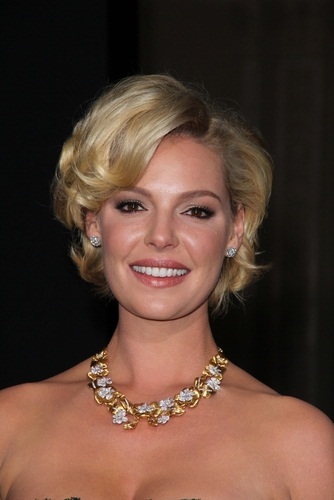 Heigl in 2011, photo by s_bukley / Shutterstock.com

Katherine Heigl is an American actress, producer, and model. Among her many roles is the television series Grey’s Anatomy and the film Knocked Up.

Her father is of one half Irish, one quarter German, and one quarter Swiss-German, descent. Her mother is of German ancestry. Katherine is married to musician and actor Josh Kelley, with whom she has three children, including a daughter from Korea. One of Katherine’s siblings, a sister, is also from Korea.

Katherine’s maternal grandfather was Reinhold Ferdinand Engelhardt/Engelhart (the son of Ernest Engelhardt and Marie). Reinhold was born in Germany.

Katherine’s maternal grandmother was Margaretta/Margaret Jane Debus (the daughter of Frederick Jekel Debus and Elda Adeline Niehaus). Margaretta was born in New York. Frederick was born in New York, the son of Charles Frederick Debus and Canadian-born Elizabeth Katherine Jekel, and all of his grandparents were German, from Bavaria and Hessen. Elda was born in Pennsylvania, the daughter of Charles Henry Niehaus and Amelia Johanna Langkamp, who were both of German descent.