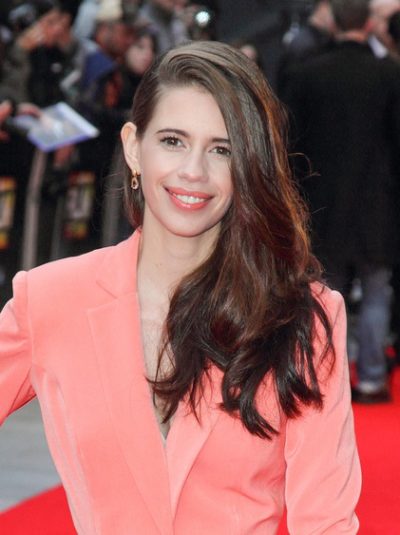 Koechlin in 2014, photo by Prphotos

Kalki Koechlin is an Indian actress and writer.

Kalki was born in Pondicherry, Puducherry, India, to European parents, Joël Koechlin and Françoise Armandie. They emigrated from France, and followed the teachings of Indian philosopher, yogi, guru, poet, and nationalist Sri Aurobindo.

Her father is from the Koechlin family of Alsatian industrialists and politicians, with distant origins in the north of Switzerland. He ran a business designing hang-gliders and ultralight aircraft. Kalki is a first cousin, four times removed, of French composer, teacher, and writer Charles Koechlin, and a more distant cousin of Maurice Koechlin, a prominent French-Swiss structural engineer.

Her mother is from Périgord.

Kalki was raised speaking English, Tamil, and French. She grew up in Auroville and Kallatty, near Ooty.

Kalki has a daughter with her partner, Israeli musician Guy Hershberg.

Kalki’s patrilineal ancestry can be traced back to her fifteenth great-grandfather, Hans (or Jean in French) Koechlin, of Stein am Rhein, Schaffhausen, Switzerland.

Kalki’s paternal grandfather was Jean René Guy Koechlin (the daughter of Guy Koechlin and Violette Antuszewicz). Kalki’s great-grandfather Guy was born in Lörrach, Germany, the son of Horace Koechlin and Cécile Julie Widemann. Violette was born in Troyes, Aube, Champagne-Ardenne, France, the daughter of Ernest Antuszewicz, whose own father was a textile entrepreneur, from Hrodna, Belarus; and of Marie Reber.

Genealogy of Kalki’s paternal great-grandfather, Guy Koechlin (focusing on his father’s side) – https://www.geni.com