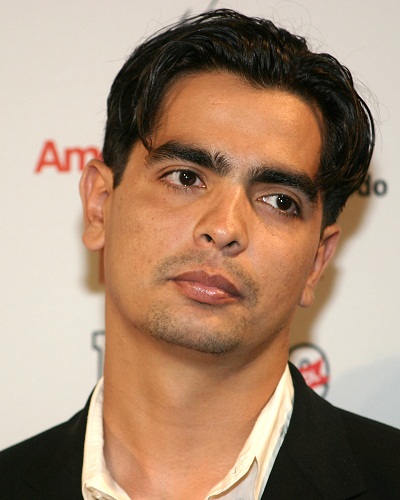 Sanchez in 2004, photo by Prphotos.com

Aarón Sanchez is an American chef, restaurateur, television personality, cookbook author, and philanthropist. He has appeared on the show Iron Chef America.

He is the son of Zarela Martinez, a restaurateur and cookbook author, and Adolfo Sanchez. Aarón has a son.

A DNA test whose results were displayed on the show Finding Your Roots with Henry Louis Gates, Jr. (2014) stated that Aarón’s genetic ancestry is:

Aarón’s maternal grandmother was Aida Gabilondo (the daughter of Hilario Gabilondo Corella and Ana Acuña). Aida was born in Arizona, to Mexican parents.