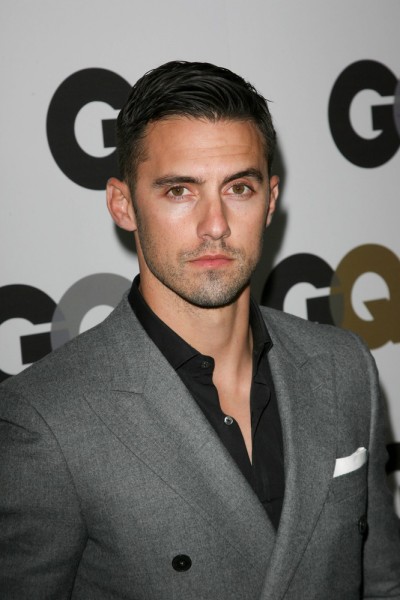 Ventimiglia in 2010, photo by Prphotos

Milo Ventimiglia is an American actor, director, and producer. He is known for his roles as Peter Petrelli on Heroes, Jack Pearson on This Is Us, and Jess Mariano on Gilmore Girls, as well as in films The Art of Racing in the Rain and Armored, among others.

Milo’s mother is specifically said to have Cherokee Native American and Blackfoot Native American ancestry. She is also said to have Indian (from the country, India) roots. It is not clear if these lineages have been verified/documented. All of Milo’s maternal grandparents and great-grandparents are listed as “White” on United States Censuses. It is also not clear which of Milo’s ancestors were Irish and/or French.

Milo’s paternal grandfather was John Anthony Ventimiglia (the son of Pietro/Peter Ventimiglia and Dorotea/Dorothy Corriere/Corrier). John was born in Illinois, to Italian parents. Pietro was from Alimena, Province of Palermo, Sicily, Italy, and was the son of Gaetano Ventimiglia and Calogera Militano. Dorotea was from Termini Imerese, also in Palermo, and was the daughter of Giovanni Curreri and Vincenza La Stella. The word Ventimiglia, meaning “twenty miles”, comes from the town of Ventimiglia, in Liguria, Italy, which later gave its name to another city, Ventimiglia di Sicilia. Ventimiglia is also a noble family.

Milo’s maternal grandmother was Frances Emily Maynard (the daughter of Leslie Philip/Phillip Maynard and Janet Emily Lamont). Frances was born in Kinistino, Saskatchewan, Canada, to American-born parents, from Michigan. Leslie was the son of John/James Henry Maynard and Jane F. Keaton. Milo’s great-grandmother Janet Lamont was born in Michigan, to Canadian parents, from Ontario, William Keith Lamont, whose parents were Scottish, with roots in Argyll and Bute; and Jane A. Marshall, whose father was Scottish.

Genealogy of Milo Ventimiglia (focusing on his mother’s side) – http://worldconnect.rootsweb.ancestry.com

Genealogy of Milo’s maternal great-grandfather, Leslie Philip/Phillip Maynard (focusing on his own mother’s side) – https://www.findagrave.com