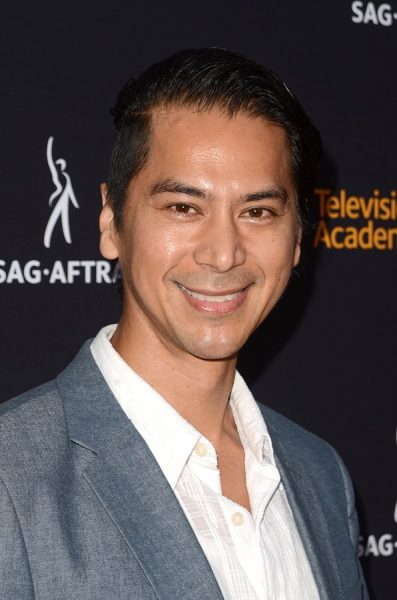 Kalani Queypo is an American actor, director, writer, producer, and musician. He has appeared on the series Trickster, Saints & Strangers, Jamestown, and Fear the Walking Dead, among others.

His father was of at least partial Filipino descent. His mother had English, Irish, Scottish, and Swedish ancestry.

Kalani is a founding member of the National American Indian Committee at SAG-AFTRA.

Kalani’s paternal grandmother was Beatrice/Bernice Angeles. Beatrice was born in Hana, Maui, Hawaii, and was likely of Filipino descent.

Kalani’s maternal grandmother was Hannah Viola Benson (the daughter of Andrew Benson and Wilhelmina Ersdotter). Hannah was born in Wisconsin, to Swedish parents. Andrew was from Malmö. Wilhelmina was born in Kälarvet, Stora Tuna, Kopparberg, the daughter of Erik Jansson and Johanna Andersdotter.