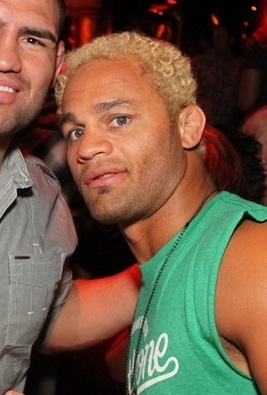 Josh Koscheck is an American mixed martial artist. He fought at Welterweight for the UFC and Bellator MMA. He fought for UFC 25 times from 2005 to 2015. Josh was a decorated collegiate wrestler and an NCAA Division I All-American. As an MMA fighter, he brought a strong wrestling base with improved striking skills, making him a top welterweight fighter. He is nicknamed “Kos.”