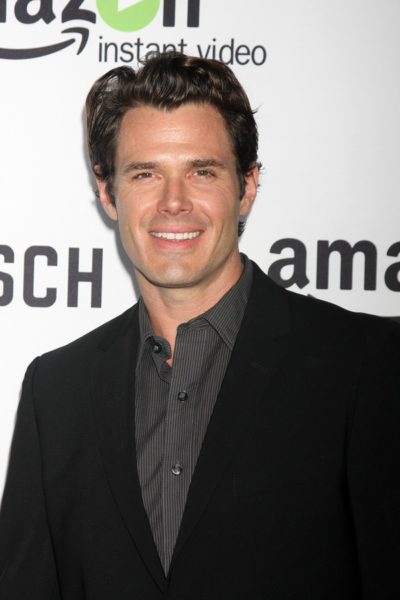 Casaubon in 2015, photo by kathclick/www.bigstockphoto.com/

Josh Casaubon is an American actor and producer.

He was raised in New Hampshire and Massachusetts.

Josh is said to be a distant relative of French actress Janine Darcey.

Josh’s paternal grandfather was George B./Edward Casaubon (the son of L. Joseph Casaubon and Amelina/Ameline Olivier). George was born in Massachusetts, to parents from Canada. Josh’s great-grandmother Amelina was the daughter of Edouard Olivier and Amelina.

Josh’s paternal grandmother was Beatrice R. Yerbury (the daughter of Charles Calvin Yerbury and Beatrice Emory Carnes). Beatrice was born in Brooklyn, New York. Charles was the son of Charles Samuel Yerbury, whose own parents were from England and Bermuda, and of Ella May King. Beatrice was the daughter of Frank Osmond Carnes and Annie Laurie Ellis.

Josh’s maternal grandfather was Raymond V. Caouette (the son of Emile Caouette and Hermina Fredette). Raymond was born in Massachusetts, to parents from Canada.

Josh’s maternal grandmother was Adele/Adelle M. Langlois (the daughter of Francis Langlois and Antoinette Hamel/Hamelle). Francis was born in Canada, the son of Napoleon Langlois and Adelle Desrocker/Durocher. Antoinette was born in Massachusetts, to parents from Canada, Fabien Hamel and Margerite Denault.