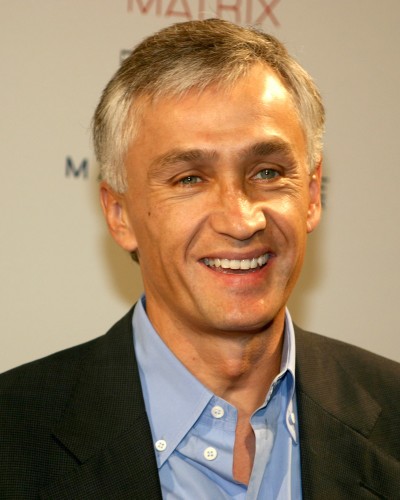 Jorge Ramos is a Mexican-American journalist and author. He is known for his coverage of Hispanic-related news in the U.S. He anchors Univision news programs Noticiero Univision and Al Punto, as well as Fusion TV program America with Jorge Ramos. He is known as “The Walter Cronkite of Latin America.”

Jorge was born in Mexico City, Mexico, the son of an architect father, and of a mother named María de Lourdes Ávalos Blanco, and was raised in a Roman Catholic family, in the Bosques de Echegaray neighborhood of Naucalpan. He moved to the U.S. on a student visa in 1983. He has a daughter, journalist Paola Ramos, with his former wife Gina Montaner; and a son with his former wife Lisa Bolivar. Gina was the daughter of exiled Cuban author and journalist Carlos Alberto Montaner. Jorge became a U.S. citizen in 2008.

One of Jorge’s grandfathers was named Miguel.