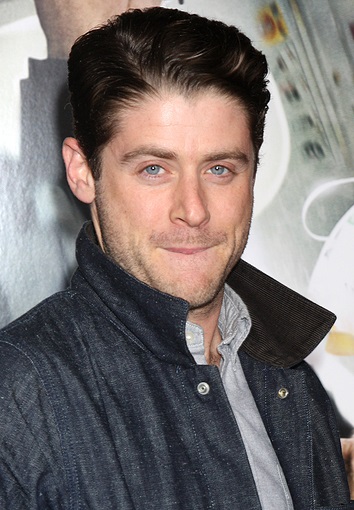 LOS ANGELES – FEB 24: Jon Abrahams at the “Non-Stop” Premiere at Village Theater on February 24, 2014 in Westwood, CA, photo by kathclick/bigstock.com

Jon Abrahams is an American actor. His roles include Scary Movie, They (2002), House of Wax (2005), My Boss’s Daughter, Prime, Outside Providence, and Boiler Room.

His father is artist Martin Abrahams. He is a great-nephew of actor Mack Gray and stuntperson and fight co-ordinator Joe Gray.

Jon’s maternal grandfather was Joseph George/Kahn Shulof (the son of Herman H./N. Shulof and Jennie Kahn/Kalin). Joseph was born in New York, to a Jewish family. Herman was born in Frankfurt, Darmstadt, Hesse, Germany, the son of Gordon Shulof and Fannie Groldel/Groeldel. Jennie was the daughter of Joseph Kahn, who was born in Bavaria, Germany, and of Sarah/Sara Mooney, who was born in Indiana, also to German-born parents, from Bavaria.

Jon’s maternal grandmother was Elna Blanche Kahn (the daughter of Harry Kahn and Emma Yankauer/Yankaner/Yonkauer). Elna was born in New York. Harry was the son of German Jewish parents, Moses Kahn and Sabine/Sabina Blumenthal. Emma was the daughter of Siegmund/Sigmund Yonkauer/Yankauer and Fredeorika/Fredericka Lanterbash/Lauterbach, who were also German Jews, from Altenkunstadt, Oberfranken.

Genealogy of Jon’s mother (focusing on her mother’s side) – https://www.geni.com