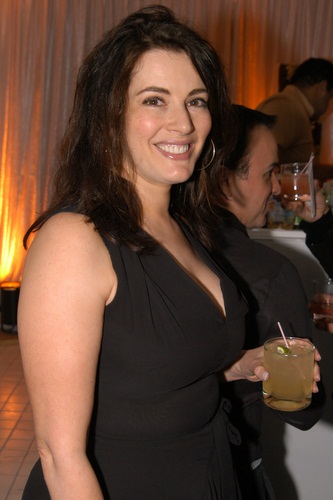 Nigella is the daughter of Vanessa Mary Addison (Salmon) and Nigel Lawson, Baron Lawson of Blaby. Her father, a Conservative Party politician, has been a Member of Parliament for Blaby, from 28 February, 1974 to 9 April, 1992, and Chancellor of the Exchequer, from 11 June, 1983 to 26 October, 1989, among other duties. Her mother was an heiress to the J. Lyons and Co. restaurant chain. Among Nigella’s siblings is journalist Dominic Lawson. Nigella was married to journalist and broadcaster John Diamond, until his death, with whom she has two children.

Nigella’s parents are both Jewish. Her ancestors were Jewish immigrants from Latvia, Germany, the Netherlands, Austria, and more distantly, France. She appeared on the show Who Do You Think You Are? in 2006, where she traced some of her ancestry. She had believed that she had Sephardi Jewish roots, but the show discovered only Ashkenazi Jewish recent ancestors.

Nigella’s paternal grandfather was Ralph Lawson (the son of Gustav Leibson and Fanny/Fannie Englander). Ralph was born in St Georges E., London. Gustav was born in Latvia. Fanny was born in Austria, the daughter of Louis Englander and Rosie.

Nigella’s maternal grandfather was Felix Addison Salmon (the son of Alfred Salmon and Frances Abrahams). Felix was born in Kensington, London, England. Alfred was born in London, and was chairman of J. Lyons and Co., from 1923 to 1928. Alfred’s father, Barnett Solomons/Salmon, was a British tobacco manufacturer, and co-founder of Salmon & Gluckstein; he was born in Rheinberg, Düsseldorf, Nordrhein-Westfalen, Germany. Alfred’s mother, Helena Gluckstein, was born in London, to a father from Rheinberg, businessperson Samuel Gluckstein, who founded Salmon & Gluckstein tobacco merchants, and to a mother from Amsterdam, the Netherlands. Nigella’s great-grandmother Frances was the daughter of Abraham Abrahams/Abraham and Julia Gluckstein.

Nigella’s maternal grandmother was Rosemary Estella/Estelle Levy/Lever (the daughter of Frederick Levy and Julia Gluckstein). Rosemary was born in Hampstead, London. Frederick was the son of Isaac Louis/Lewis Levy and Henrietta Rachel Moses, who was born in Glamorgan, Wales. Julia was the daughter of Isidore/Isidor Gluckstein, who was director of the Salmon & Gluckstein tobacco merchants, which had been founded by his father, and of Rose Cohen.