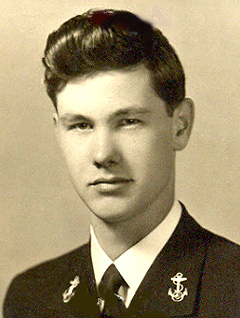 Johnny Carson was an American comedian and television host. He was the host of The Tonight Show Starring Johnny Carson from 1962 to 1992.

Johnny was the son of Ruth E. (Hook) and Homer Lloyd “Kit” Carson. He was married to Alexis Maas, until his death. He had three children with his former wife, Jody Morrill Wolcott.

Johnny’s paternal grandfather was Christopher N. “Kit” Carson (the son of Marshall Carson and Emilene/Emeline Kellogg). Christopher was born in Iowa. Marshall was the son of William Carson and Dorothy “Dolly” Nye. Emeline was the daughter of Amos Kellogg and Rebecca Wilson Carver.

Johnny’s paternal grandmother was Ella Bernice Hardy (the daughter of Samuel Tomlinson Hardy and Viola Millicent Vincent). Ella was born in Iowa. Samuel was the son of James Hardy and Minerva Tomlinson. Viola was the daughter of Ezra Vincent and Catherine/Catharine Colburn/Colborn.

Johnny’s maternal grandfather was George William Hook (the son of William Hook and Cynthia Sophronia/Saphronia Barnett). George was born in Missouri. Johnny’s great-grandfather William was the son of James Grant Hook and Sarah C. Lyle. Cynthia was the daughter of George W. Hopkins and Sarah Looney.

Johnny’s maternal grandmother was Jessie Elton Boyd (the daughter of John Saylor Boyd and Cynthia Simildie Elton Raynolds). Jessie was born in Iowa. Johnny’s great-grandfather John was the son of John Boyd, who was born in County Antrim, Northern Ireland, and of Eliza Saylor. Cynthia Simildie was the daughter of George William/Washington Raynolds and Elizabeth Millar.

Genealogy of Johnny Carson (focusing on his mother’s side) – http://wc.rootsweb.ancestry.com