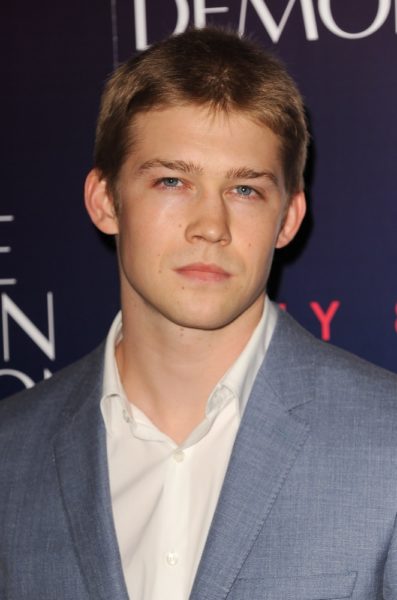 Joe Alwyn is an English actor. Among his roles is the title character in Ang Lee’s film Billy Lynn’s Long Halftime Walk, as well as The Sense of an Ending, The Favourite, Boy Erased, and Mary Queen of Scots. He has also been credited as William Bowery.

He is the son of Elizabeth Meakins, a psychoanalytic psychotherapist, author, and columnist, and Richard Alwyn, a documentary filmmaker. His grandfather was director and producer Jonathan Alwyn, and his great-grandfather was composer, conductor, and music teacher William Alwyn. William’s second wife was classical and film music composer Doreen Carwithen.

Joe’s paternal grandfather was Jonathan Alwyn (the son of William Alwyn and Olive Mary Audrey Pull). Jonathan was born in Barnet, Middlesex, England. William was born William Alwyn Smith, and was the son of William James Smith and Ada Tyler Tompkins. His middle name, Alwyn, was evidently after one of the Dukes of Northumberland. He was said to be a cousin of American actor Gary Cooper, through his mother Ada. Joe’s great-grandmother Olive was the daughter of William Joseph Pull and Jane Emma Pegler.

Joe’s maternal grandmother is Rosemary D. Kent (the daughter of Kenneth MacIver/McIver Kent and Rosemary “Molly” Marion). Rosemary was born in Greenwich, London, England, to parents from Québec, Canada. Kenneth was the son of William George Kent, who was born in Stapleford, Cambridgeshire, England, and of Margaret MacIver, who was born in Strathconan, Muir of Ord, Ross and Cromarty, Scotland. Joe’s great-grandmother Molly was the daughter of Thomas Baptiste Marion, who was of French-Canadian and Irish descent; and of Mary/Marion/Mary Anne Bonfield, whose own parents, James Bonfield and Catherine/Catharine Tracey, were Irish, her father from Gortmore, County Tipperary, and her mother from Waterford. Joe’s great-great-great-grandfather James Bonfield was a merchant and political figure, who was a Liberal Party, Ontario MPP, from 1875 to 1883.