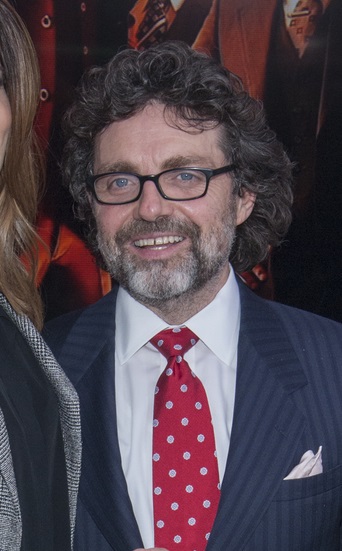 Jeff Richmond is an American composer, actor, director, and producer.

Jeff is the son of Alice and Wayne Richmond. He is married to actress, comedian, writer, and producer Tina Fey, with whom he has two children.

Jeff’s paternal grandfather was Edward Grover Richmond (the son of Gordon Lee Richmond and Grace Ames). Edward was born in West Virginia. Gordon was the son of Andrew Jackson Richmond and Francina Richmond. Grace was the daughter of George William Ames and Virginia Victoria Kincaid.

Jeff’s paternal grandmother was Pearline Arvil Kincaid (the daughter of Homer Kaska Kincaid and Icie May Wills). Pearline was born in West Virginia. Homer was the son of John William Kincaid and Luvina Ward. Icie was the daughter of Napoleon Wills and Victoria Honaker.

Jeff’s maternal grandmother was Mildred L. Parcell (the daughter of Jordan Columbus Parcell and Blanche Grant Counts). Mildred was born in West Virginia. Jordan was the son of John B. Parcell. Blanche was the daughter of George Lee Counts and Mattie L. Snodgrass.

Genealogy and obituary of Jeff’s father (focusing on his own mother’s side) – https://www.findagrave.com