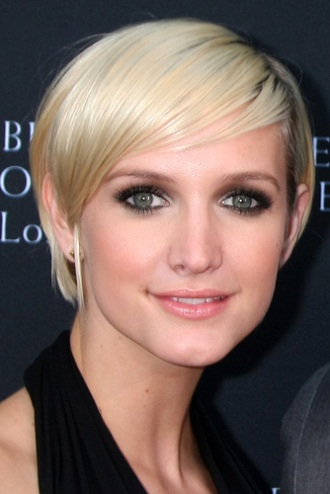 Ethnicity: English, with some Scottish and Scots-Irish/Northern Irish, distant German and Swiss-German

Ashlee Simpson is an American singer, songwriter, and actress.

Ashlee is the daughter of Tina and Joseph “Joe” Simpson, a psychologist and Baptist youth minister. She is the younger sister of singer and actress Jessica Simpson. She is married to actor Evan Ross. She has a son with her former husband, musician Pete Wentz; and two children with Evan.

Ashlee has English, along with some Scottish, and distant German and Swiss-German, ancestry.

Ashlee’s paternal grandmother was Joyce Alice Adams (the daughter of Grady Ward Adams and Sallie Maud/Maude Roberts). Joyce was born in Kaufman, Kaufman Co., Texas. Grady was the son of Silas S. Adams and Frances Elizabeth “Fannie” Valentine. Sallie was the daughter of Daniel A. Roberts and Sallie/Sally Tyner.

Ashlee’s maternal grandmother is Dorothy Jane Hyles (the daughter of Herbert Ben Hyles and Bertha Dee Teeters). Dorothy was born in Texas. Herbert was the son of William Jasper Hyles and Luella/Louella/Lou Ella/Lula Hughes. Bertha was the daughter of Andrew Garrett Teeters and Sallie/Sally Massey.